Talkin' practice baby
Only thing is
I'm not the shooter
I'm the bullet, bitch

They say your attitude determines your latitude
I'm high as a motherfucker - fly as a motherfucker
And still the motherfucker you love to hate
But can't - because you love what I make
Now ain't - that about a bitch
That Imma talk shit until I'm out of hits
They don't want to turn they speakers up they claim I ain't deep enough
All that talkin' I feed off of - keep it up
I'm relaxin' my feet is up - I'm leavin' you haters
Like when Shaq left the Lakers just to "Heat" it up
I state the stats to stunt - I don't need to front
There black history e'ry day - I don't need a month
The survey says - by the streets according
Kanye's just important as Michael Jordan
Was to the NBA when he was scorin'
Ralph Lauren was borin' before I wore him and..

Yeah, what you want
And if you strap, we can trade like the Dial Jones
Where the Muh
Hope he got his towel on
I ain't at the moon
And get my howl on
Some niggas cry wolf, i'm on that dry cush
And when it comes to that paper i stack books
Yeah, You heard what i said
I can put you on your feet or put some money on your head
Life aint cheap
You're better off dead if you can't pay the fee
Shoutout ma nigga fee
See every muthafucka at the door don't get a key
You outside lookin in, so tell me what you see
Its about money it's bigger than me
I told my homies don't kill him bring the nigga to me, yeah
Don't miss, you fuckin with the hitmen
Kidnap a nigga, make him feel like a kid again

Now, e'rybody wanna be the king of the South
When, they ain't runnin a damn thing but they mouth
No doubt, it's all good, y'all just statin y'all opinion
But in the South and in the hood it's understood without sayin
It's a given, and ain't because of what I'm doin for a livin
It's, mo' because of what I do and how I'm livin
Not to mention when I'm rappin I'm just hurtin niggaz feelings
(Niggaz feelings) And still chillin on somethin that's into healing
Made provisions for the clique to continue keepin it pimpin
Whether crack was in the house or record sales was through the ceiling
So say what you want, and do what you please
But for fun, I shoot 22's from your shoes to your knees
I run a record label and a crew of G's
So, niggaz'll come and look for you if ya sneeze
or even breathe the wrong way, you better do what the song say
And be easy, or else it'll be a long day

[Verse Four: Jay-Z]
They say an eye for an eye, we both lose our sight
And two wrongs don't make a right
But when you been wrong and you know all along that it's just one life
At what point does one fight? (Good question right!)
'Fore you knock the war, try to put your dogs in it
Ten-and-a-halfs, for a minute-and-a-half
Bet that stops all the grinnin and the laughs
When you play the game of life and the win ain't in the bag
When your options is none and the pen is all you have
or the block, niggaz standin tight, there's limits on the ave
Tryin to cop or shot-call theyself cleansin in the cash
But can't put they name on paper cause, then you on blast
Mr. President, there's drugs in our residence
Tell me what you want me to do, come break bread with us
Mr. Governor, I swear there's a cover up
Mr. Governor, I swear there's a cover up 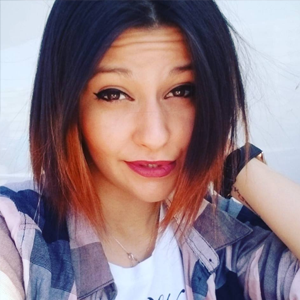